One is sure, Jeremy Scott  has a lot of fun at Moschino. Season by season, the ideas get zanier, but the productions  keep getting bigger. The Spring/Summer 2015 theme of Moschino by Jeremy Scott  is a “ Car-Wash“ Couture. Traffic cones, barricades, and a genuine car wash that sprayed bubbles instead of water were installed on the runway. “No Parking, Couture Zone,” one sign read; another: “Dangerous Couture Ahead.”

The Show was very smart ,thanks  internet now we can see all shows in live stream!

The models appeared wearing skirt suits crafted from dayglo safety vest material topped off with reflective trim.The full-skirted trench coat with a warning sign on the back as “Open Trench” , silk dresses printed in the black and yellow barricade tape stripes or adorned in street sign motifs with clever plays on traditional warning messages like “Caution Couture Ahead,” black Dress with iconic red octagon on the chest printed “Shop,” instead  *Stop* ,  jackets silk Dresses and  ball gowns with awesome stripse  such “Clothed For Repairs.”

The accessories served up one visual pun after another.  There were toolbox and lunch-box bags, tail-fin sunglasses, and caution-tape sandals.

In the front row were Lapo Elkann , Franca Sozzani ( Chef Editor of Vogue Italia) and Anna Dello Russo, it means that italian jetset and VIP’s are the Jeremy Scott and Moschino fans.  And it means a lot! 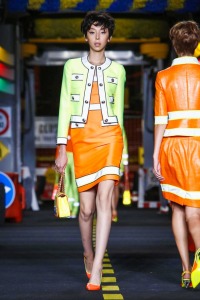 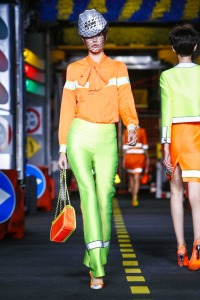 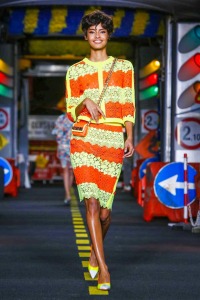 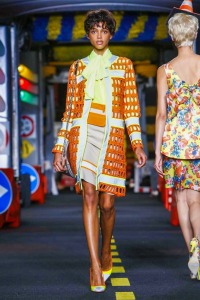 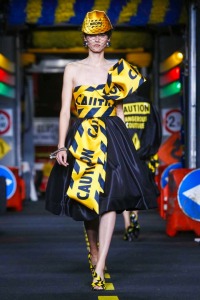 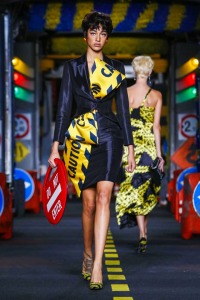 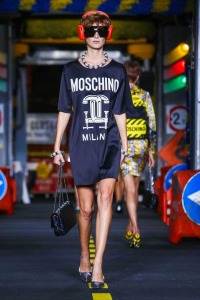 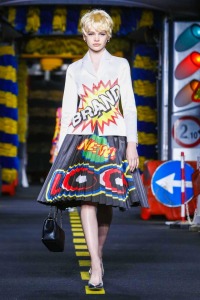 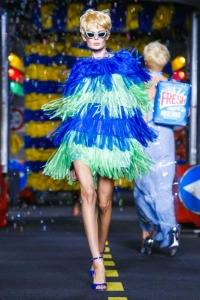 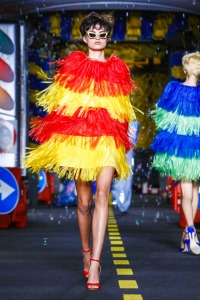 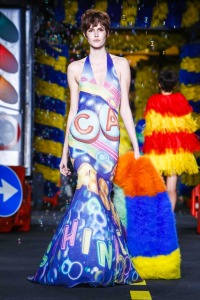 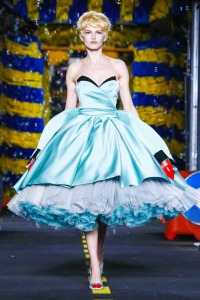 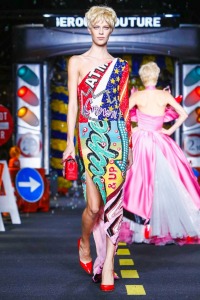 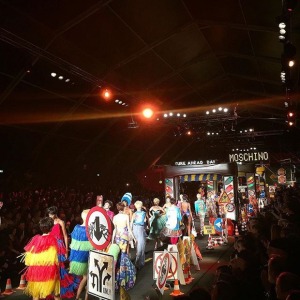 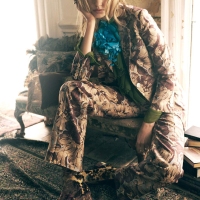 #Dior -ID sneakers, green-white, like it so much! With green, blue, beige/white leather were done exclusively for online boutique! Got in pre-launch 💚🤍💚🐝😍 #unbezahltewerbung